A quick overview of the chapters (surah) in Quran indicates that there are many verses declined to the Prophet Muhammad (pbuh) that have a narrative-visual structure. In other words, the visual and visualized features of the verses, along with other linguistic aspects, prepare the mind of the reader for the receipt of the verse message via creating image. The image of movement of clouds, appearance of light, end of darkness, shake of the earth, escape of the people, crack of the sky, release of inside content of the earth, travel of ships in the sea, riding horses, collapse of the mountains, crack of the graves, leaving alone the infant, winding of the sun, spark of the hooves of the horses and plenty of other images that can be seen in the text of the holly Quran verses all are the indication of applying numerous capacities of narrative-visual method in order to accurately explain events that are fateful and crucial for human beings. In the present study, certain chapters (surah) of Quran are assessed in which the beginning verses benefit from a narrative-visual method and all the chapters (surah) are not taken into account. The methodology of the study was based on a comparative method.  The review of the structural features of the intended verses using basics and principles of visual arts (cinema) and visualized arts (photography, graphic, painting, etc.) shows that visual functions of the mentioned verses have a significant accuracy, adequacy, attractiveness and purposefulness; but they are never applied in a technical sense of a matter and simply used to covey a series of grand concepts such as day of judgment, having virtue, fear of God. Concerning the literature of this study, it should be mentioned that the majority of the researches implemented on assessing the visual features of holly Quran are associated with writing, painting and illumination and about the aim of the present study, just the work of Seid Ghotbodin can be taken into account. The translated and interpreted references used are from noteworthy and honorable scientists including Allameh Tabatabaie (Almizan Interpretation), Ayat Allah Makarem Shirazi (Sample Interpretation), Ayat Allah Javadi Amoli (Topical Interpretation), Bahaldin Khoramshahi and Ezat Allah Fooladvand (Translation of Quran). 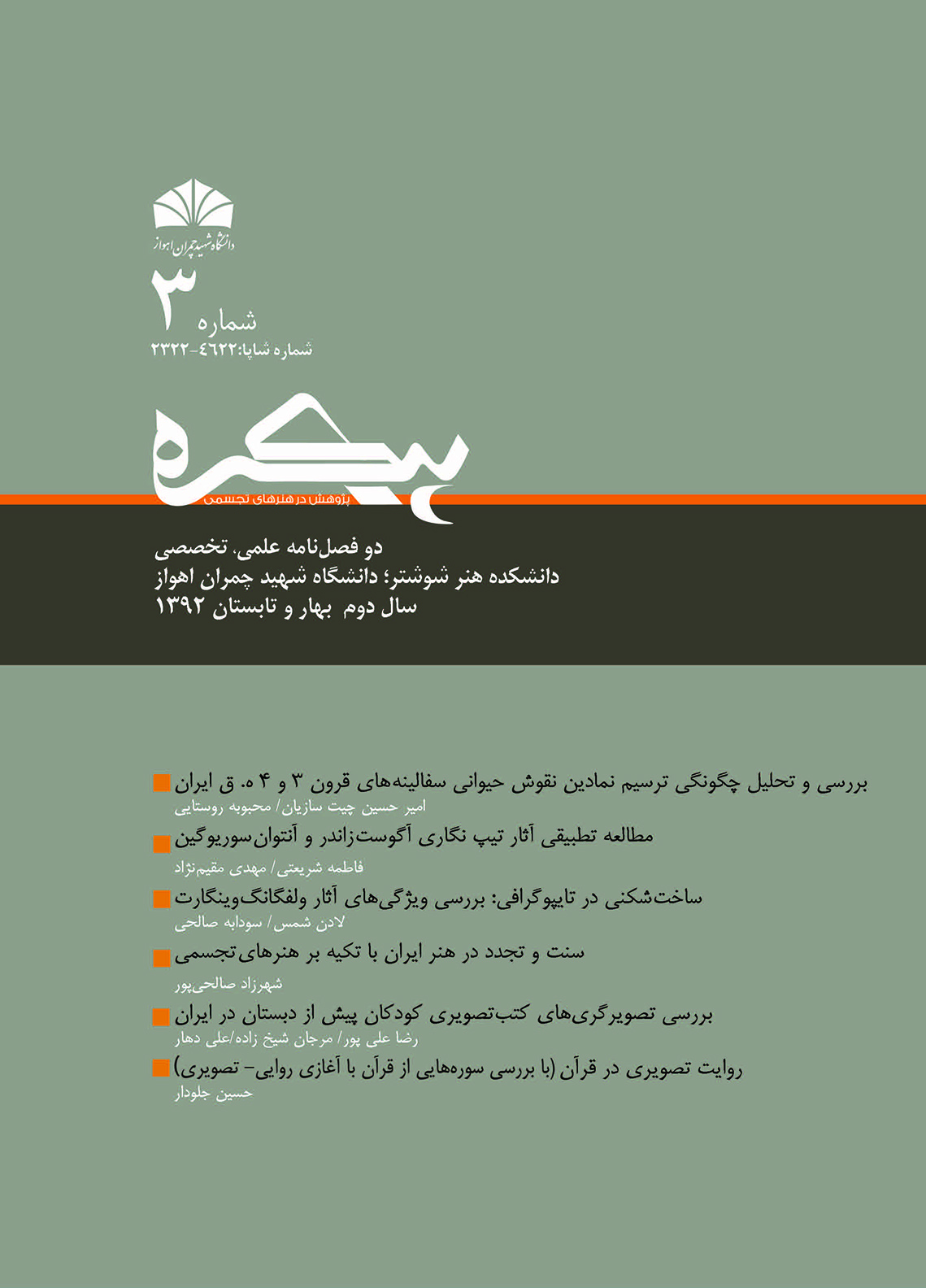